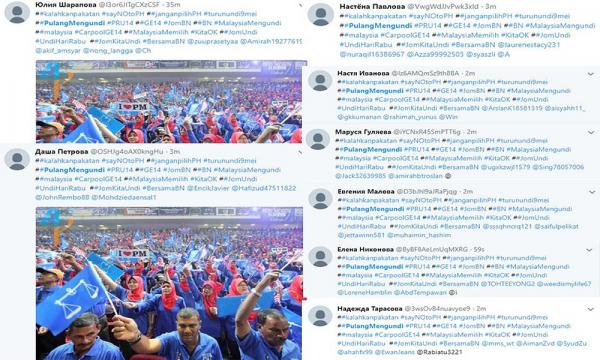 LETTER | As elections draw nearer, the Centre to Combat Corruption and Cronyism (C4) notes with grave concern that the acts of money politics continue unabated despite the fact that they are criminalised under the Election Offences Act 1954.

C4 started monitoring and documenting cases of money politics after the dissolution of Parliament on April 7, 2018 and as of now, we have documented more than 22 cases ranging from treating and bribery to undue influence.

We also note that digital media is increasingly used for election campaigning, and it is inevitable to ask this important question: who is paying for this campaign strategy?

C4 would like to highlight a glaring example of a highly questionable campaign strategy employed by BN, where premium advertisements are being put up on multiple high-profile Malaysian websites.

We also note the surge in the number of bots on Twitter generating anti-opposition and pro-government messages. Media professionals estimate hundreds of thousand ringgit being spent to run digital campaigns using bots.

The amount of money involved in this digital campaign is undoubtedly substantial.

This begs the questions – where does the money come from? Is this from our national budget? Are taxpayers footing the bill? Who funds these initiatives?

It is noteworthy that Malaysia’s deeply embedded culture of money politics is closely linked to the absence of transparent and accountable political financing laws to regulate the conduct of political parties in sourcing funds to run their party activities and sustain the party’s survival particularly during election period.

The absence of political financing framework would further empower and embolden the culture of money politics, thus making the quest for accountability and transparency an uphill battle.

Caretaker minister in the prime minister’s department Paul Low’s initiative to formulate a political financing framework is unjustifiably delayed, and this goes to show that the whole initiative is nothing but a sham.

It is clear as day that the ruling party does not have the political will to realise the pressing obligation to uphold accountability around political financing and money politics.

We reiterate that the MACC and Election Commission have an obligation to combat these acts of corrupt practices. Their silence in the face of this blatant violation of electoral fairness and integrity is extremely appalling.

In light of this, C4 demands that all parties to put a stop to vote buying and using the media for campaign advertisements, and commit to legislating the political financing law without undue delay.

Only then can we hope to have a clean-up of our tainted and corrupt system.

CYNTHIA GABRIEL and FADIAH NADWA are the executive director and legal researcher respectively of the Centre to Combat Corruption and Cronyism.