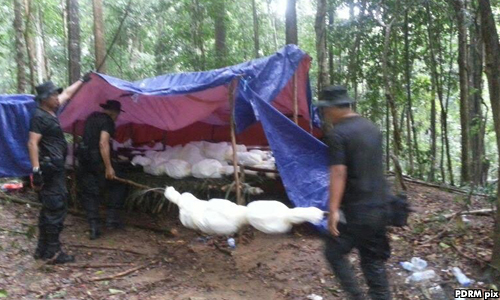 Malaysia is an accomplice to human trafficking

LETTER | The report by the New Straits Times, "The secrets of Wang Kelian exposed", is a damning indictment of government law enforcement agencies who are involved in border security.

Human trafficking by criminals is a common phenomenon all over the world, but it is extremely agonizing when law enforcement agencies are found to be entrenched in the criminal activities. The reported cover-up of the activities of the human trafficking syndicates and the destruction of vital evidence need to be explained; those involved in it should be brought to justice, without fear or favor.

In the course of its work with migrants and refugees, Tenaganita has regularly come across cases of abuse of powers by law enforcement agencies such as the police and immigration. 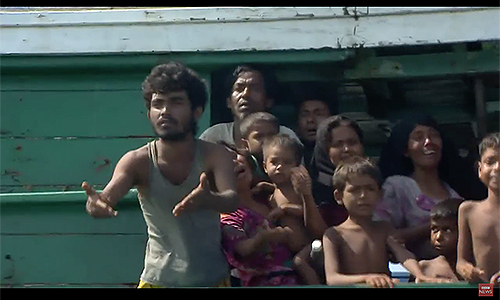 The Revolving Door, a book that was published in 2008 was based on the testimonies of refugees who had been trafficked in and out and back into the country, with the involvement of government agencies.

Subsequently, a US Senate foreign relations committee report implicating Malaysian officials in human trafficking at the Thai-Malaysian border was released. In response, then immigration director-general Mahmood Adam dismissed the report as baseless.

There were several arrests of police officers, with a total 12 Malaysian police officers investigated for their involvement in human trafficking camps and mass graves. Nonetheless, they were released due to the lack of "strong evidence" in March 2017.

While Thai and Myanmar authorities have been prosecuted, all Malaysian officers alleged to have known about the camps have received impunity, despite allegations that officers were complicit in trafficking. This is in context of the longstanding culture of impunity within the Malaysian police and an unwillingness to pursue investigations if there were suspicions that other officers are involved in a crime.

However, the standard operating procedure thus far in Malaysia seems to prioritise arresting, detaining and deporting migrants, instead of addressing the systematic and deep-rooted corruption that facilitates and fosters human trafficking is also echoed in one of the reports by the police.

This level of coordination to destroy crime scenes, not address conflicting reports, a cover-up of facts to mislead the public cannot happen. Hence it is imperative that a transparent and thorough investigation be undertaken.

Justice cannot just be done, it must be seen to be done.

Therefore, we call for an independent professional investigation to be conducted by a Royal Commission of Inquiry in order to identify the weakness and gaps in the work of the government agencies that deal with human trafficking.

In addition, we demand the government to explain the reasons for the cover-up and destruction of evidence. We want to know if those in power have the political will to produce the perpetrators of these murders and torture of innocent refugees and migrants. Those who know about it are equally guilty of the crime.

We need to stop punishing migrants and refugees who are victims through the system of trafficking we enable in Malaysia. The trust for those who govern us today is shattered and Malaysia has to pay the price for the sufferings of these innocent people.

A long as we accept these form of cover-ups, keep silent and let the perpetrators get away with impunity, we are an accomplice to human trafficking and we continue to have more blood on our hands.