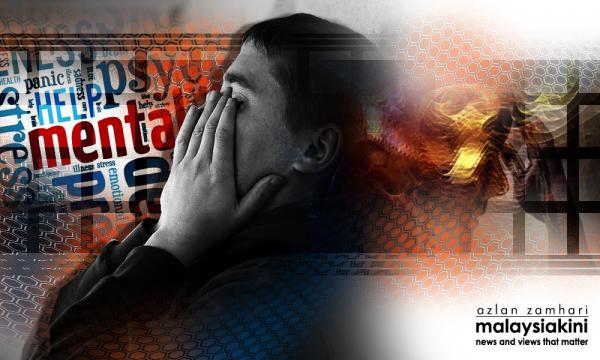 Make mental health a priority in 2018

It’s the best time of the year!

For the mentally ill, festive seasons can be of little cheer. The hustle of festivities, the expenses incurred, and the hosting of visitors can be overwhelming. There is also the unspoken pressure to look cheerful.

2017 has been encouraging for mental health advocacy in Malaysia. Mental health issues have generated more headlines than before. Malaysians are stepping forward to show that mental illnesses don’t reduce one’s humanity or ability to do good – for example, through mental health advocates Relate Malaysia’s “I’m Not Ashamed” hashtag campaign.

However, Penang Institute recently revealed that while a significant amount of Malaysians’ mental health are declining, the number of mental health professionals, especially in government service, are not rising to cope with the demand.

Accessibility to treatment is another issue. Rural areas are underserved. In urban areas, most discussions are conducted in English, excluding those who don’t speak it fluently.

The Health ministry (MOH) is woefully behind in tackling mental health issues. In 2016, it announced the drafting of a National Mental Health Strategic Action Plan with a 5-year horizon (2016 – 2020).

In the MOH’s strategic plan for 2016 – 2020, mental health briefly makes an appearance on page 24 and none in the Action Plan.

The primary act governing mental health is the Mental Health Act 2001, which focuses more on practitioners and less on patients.

Malaysian Psychiatric Association patron Lee Lam Thye recently suggested that workplace safety and health committees (under the Occupational Safety and Health Act 1994) include mental health to combat discrimination. While I agree with the objective, discussing one’s mental health in a committee is dangerous, given the present stigma and absence of safeguards for patient privacy.

Anti-discrimination laws need to be enacted.

Workplace mental health discussions are pointless if they can be used to discriminate against interviewees, disqualify patients from promotions or worse, fire them.

The Persons with Disabilities Act 2008 includes long-term mental impairments in defining “persons with disabilities”. To obtain protection and rights afforded under the Act, the mentally ill who have undergone psychiatric treatment for two years can apply for a Kad OKU (disability card). Someone with a year’s treatment of bipolar disorder is still vulnerable to discrimination.

It will be challenging to streamline anti-discrimination with the three Acts mentioned above. Nonetheless, crucial elements in anti-discrimination legislation should include removal of disclosing one’s psychiatric history and discriminatory questions in interviews, methods of redress, and flexibility in work arrangements to accommodate medical appointments.

The Philippines’ recent mental health bill adopts a rights-based approach. Section 2 “affirms the basic right of all Filipinos to mental health as well as the fundamental rights of people who require mental health services.” Sections 19 and 25 stipulate the responsibilities of employers, the Department of Labor and Employment and the Civil Service Commission.

Another interesting point to note in the bill is the provision of mental health services or drug dependents.

Meanwhile, the UK’s Mental Health Discrimination Act (2013) repealed the barring of those who have had severe mental health issues from serving on juries or as company directors. MPs previously hospitalised for psychiatric reasons will no longer be forced to stand down from Parliament. The message is powerful: having a mental illness doesn’t exclude you from contributing to public life.

This year, I’ve held two mental health talks with Relate Malaysia. The first was called “Depression: Let’s Talk”, after the World Health Organisation (WHO) campaign. Our mission: to be that next stepping stone in fighting the stigma against depression and mental illness as a whole.

On the day of the event, we had about 180 chairs in MBPJ’s Dewan Ilmu. Frankly, I was a bit jittery about the numbers. Would Malaysians really attend a talk on depression? So we removed around 30 chairs.

Turned out, we had to reinstate the chairs. Attendees who were caregivers, concerned citizens and patients had so much to ask and share. More importantly, the talk helped assure them that they weren’t alone.

Our second talk was titled “Self-Care for Caregivers”. Caring for the mentally ill can be challenging physically and emotionally, no matter how well-meaning. In Malaysia, stigma forces family members to suffer in silence for fear of being ostracised or gossiped about. We focused on skills and resources for caregivers to prevent burnout and manage in times of crisis.

We can build all the MRTs we want and hold large-scale exhibitions to show that everything is awesome. We can also talk endlessly about jobs and the economy.

Building a nation is more than providing infrastructure. If we want a strong nation, we must build strong citizens. “Strong” doesn’t mean maintaining a tough face during tough times. It means seeking help – mental help – when we need it. New government policies will go a long way in providing that help, as development sprints ahead with no end in sight.

LIM YI WEI is political secretary to Tony Pua, MP for Petaling Jaya Utara. She is also a councillor with the Petaling Jaya City Council (MBPJ).