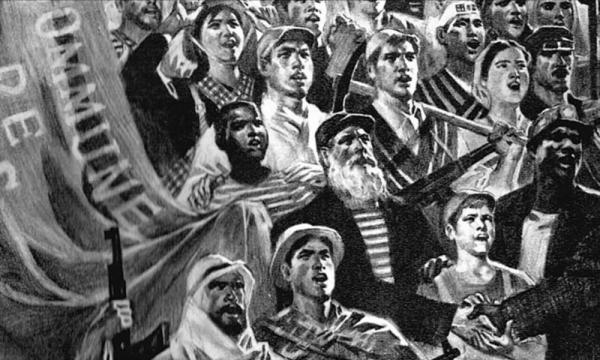 LETTER | Eleven migrant workers’ and one Malaysian supervisor’s lives were snuffed out in the recent hillside collapse in Penang. At least one of those who died was a Rohingya refugee.

A journalist reported: “I felt a stab in my heart as I watched their racking sobs…”

We sometimes forget that migrants too are human and are entitled to human rights just like the rest of us.

Yet while Malaysians clamoured for those responsible for allowing such a project near a fragile hill to be accountable - as they rightly should - there has been no reporting of the plight of the migrant workers and the dignified burial they should have been entitled to in the Malaysian media.

What sort of compensations have they been promised? Has the developer or the Penang state government come forward with some magnanimous gesture as they sometimes do when Malaysians meet such a fate? Or have we moved on as if migrants’ lives don’t matter?

We were all migrants once

Yes, we Malaysians sometimes forget that our ancestors were migrants in this country once. This country has been built by migrants of all nationalities including Malays, Chinese and Indians. The vast majority of our ancestors came as desperate people who were trying to make a living. This much is clear from the recent mudslinging by the country’s top leaders who cast aspersions on each other’s Bugis or Indian origins. The only Orang Asal in this country are the Orang Asli and the other indigenous peoples of Sarawak and Sabah.

Today, migrant workers comprise a vital part of our workforce since they are prepared to do the dangerous, dirty and difficult jobs that Malaysians shy away from. The gleaming glass skyscrapers of which our country is so proud of have been built through the blood, sweat, tears, and lives of young migrant men and women desperate to support their families in any way they can.

Over the years, SUARAM has been documenting and monitoring the situation facing refugees, asylum seekers and migrant workers in Malaysia. It makes shocking reading for they face, as James Lochhead notes in the Suaram Human Rights Report 2016,  “a depressing and repetitive catalogue of arbitrariness, abuses, and denigration as well as xenophobia and racism.”

Migrants have rights too

Malaysia’s record on eliminating forced labour, abolishing child labour, prohibiting discrimination in employment, safeguarding freedom of association, and the right to collective bargaining for migrant workers has come under scrutiny in Suaram’s monitoring:

“We have been appalled by the way that agents, labour outsourcing companies, employers, human traffickers and modern-day slavers have been operating at the expense of (migrant) workers’ rights, with little monitoring or enforcement or apparent concern by the authorities. Instead, it has been the migrant workers themselves who have more often than not been the ones criminalised in this scenario.”

It is high time Malaysia had a comprehensive policy on labour migration instead of the decades' long ad hoc and flip-flopping policy. Such a policy must honour the human rights of migrant workers and ensure they receive due dignity as human beings. Expatriates living near the scene of the disastrous landslide in Penang have commented on the appalling housing conditions of the migrant workers at the construction site - overcrowded, unhygienic, poorly maintained, substandard, and with few facilities.

There is negligible monitoring of housing conditions for migrant workers by either federal or local authorities despite the fact that there have been standards laid down in the Minimum Standards of Housing and Amenities Act (Act 446) passed in 1990 by the Human Resources Ministry for certain sectors.

A report compiled by MTUC/Gefont has documented abuses faced by Nepali workers. These included being forced to work for 16 hour days, with no rest days, non-payment or partial payment of wages, women being sexually assaulted, injuries being commonplace, and deaths at work being far too common. Another Finnwatch report found migrant workers in oil palm plantations having to pay enormous recruitment fees and are often misled about what to expect during recruitment, many workers are still not paid the minimum wage.

For the millions of undocumented migrant workers who have no status and very little protection against any abuse, they are particularly vulnerable to the activities of human traffickers and modern-day slavers. Migrant workers on agricultural and palm oil plantations, construction sites, the electronic industry, and in domestic work may be subjected to labour practices that are indicative of forced labour, such as restrictions on movement, withholding of wages, contract substitution, confiscation of passports and debt bondage.

Migrant domestic workers in Malaysia work under conditions which continue to be of major concern. Partly because of their isolation and invisibility, the abuses they suffer are hard to identify. But year on year reports draw attention to how some employers overwork their women workers and engage in too many cases of serious and sustained sexual and physical violence - in some cases leading to death.

Tenaganita and other groups have long campaigned for the rights and protection of domestic workers to be properly recognised and enforced.

In June 2016, the Nepalese Embassy reported 461 Nepalis had died at work in Malaysia in 2015, representing a 32 percent increase from the 348 deaths in 2014. In a 2016  International Labour Organization (ILO) Report, it attributed the cause of the high fatality among migrant workers to “poor working conditions, high levels of occupational stress and lack of adequate medical care.”

Many employers, agents and outsourcing companies are either ignorant of or ignore obligatory responsibilities with regard to health and safety and do not provide adequate insurance for their workforce, or compliance with various legislations including the Workmen’s Compensation Act. It remains to be seen what compensation the families of these eleven hapless victims of the landslide in Penang will receive.

Another instance when migrants’ lives don’t seem to matter is when schools are ordered to close when the haze pollutants reach hazardous levels but construction sites where migrant workers predominate are not ordered to stop work.

Where migrant workers need to seek health treatment outside the workplace, they face very high charges at government hospitals and clinics, charges which again rose in 2016. These high charges combine with a fear of arrest and detention, especially for those without documents to deter them from getting the medical care they deserve.

When profits come before people, human rights are inevitably forgotten. SUARAM has called for:

• Ratifying the International Convention on the Protection of the Rights of All Migrant Workers and Members of Their Families.

The government needs to review the current management of recruitment of foreign labour via unscrupulous employment agencies which favour human trafficking and modern-day slavery and for recruitment of migrant workers to be conducted in a regulated manner and ensuring their labour rights and obligations;

“Migrants are an asset to every country where they bring their labour. Let us give them the dignity they deserve as human beings and the respect they deserve as workers.”