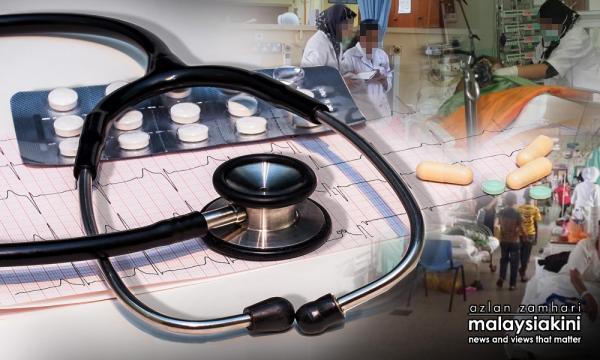 I would like to relate my experience at Universiti Malaya Medical Centre (UMMC) on the morning of Aug 4, 2017.

I had an appointment with the centre’s orthopaedic department at 9.00am. I went early at 7.30am to pick my number and register before seeing the orthopaedic surgeon.

This was a follow-up appointment. When I went to the orthopaedic department to get my number at 7.30am, the machine was down due to being out of paper. So we waited until one of the staff arrived to replace the paper roll. I then got my number, P023, at about 7.45am.

My number was called at about 8.10am. I was duly registered and assigned to room 13.

The clinic was supposed to open at 9.00am. At about 9.45am there was not a single number called for that room.

I then went to enquire about the situation and was told by the counter that the system was down and only a few rooms had access to the patients' records.

So I suggested to them to reassign us to those rooms so that the patients who had come early would be given an opportunity to be seen by the doctor.

They said that was not possible and that we had to wait. I then enquired as to how long we would have to wait, and the response was a rude, “We don’t know and you just have to wait”.

I then waited until 10.10am and there was still no change in status. I decided to request for a new appointment as I could not wait any longer due to other commitments. I was given a new date on Feb 16, 2018.

I also note that the orthopaedic surgeon for room 13 only walked in at 9.30am. I could be mistaken as he could have gone somewhere else and returned.

The reason I noticed this was that he rushed in with a backpack at 9.30am, and at this point not a single number was called from room 13.

I am amazed that this hospital which is funded by the taxpayers’ money delivers such mediocre service to us. First was the inconvenience caused to the consumer and the loss in productivity to the nation.

Second was the attitude of the staff. Rather than being apologetic, they were rude in their response.

Third was the new date they had given me, after being kept waiting for more than two hours thirty minutes, they give me an appointment six months from this date.

I hope that the director-general of health will personally look into this and correct the low-level mentality among the administration and also the orthopaedic surgeons who were on duty that day.

Read more from this author
VS Lingam
Read more like this :
#hospital
#ummc
#universitimalaya
View Comments