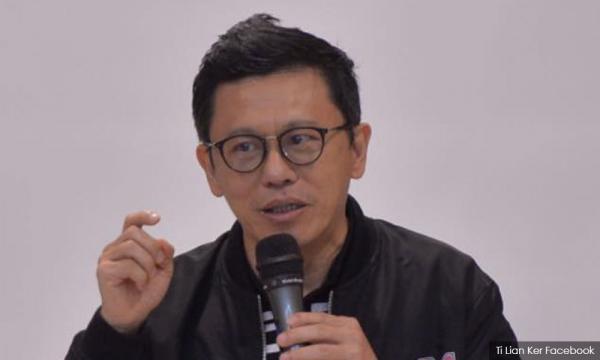 Columns
COMMENT | Don't take us for fools, Ti!
Mariam Mokhtar
Published:  Sep 23, 2022 1:57 AM
⋅
Updated: 1:57 AM
ADS
COMMENT | Deputy Youth and Sports Minister Ti Lian Ker is a public relations disaster and someone who lives in cloud-cuckoo-land.

He claimed not to know why there was so much hate against politicians. Perhaps if Ti were to come down from his ivory tower, he would not be so clueless and out-of-touch with ordinary Malaysians.

People all over the world hate politicians because they believe them to be corrupt, self-serving individuals, whose main aim is to hang onto power, make easy money and most of the time, attempt to hide the truth.

Ti (above) fails to realise the enormity of the convicted felon Najib Abdul Razak's crimes. Najib didn't just steal from us. He robbed our children and grandchildren of a future and saddled the nation with a trillion ringgit debt.

Spending time in prison after committing a crime is intended to deprive the criminal of many liberties, which people outside of prison currently enjoy. Otherwise, where are the deterrent and the feeling of shame?

No one cares how fast Ti may have taken to climb the greasy pole to become the vice-president of MCA, but now...