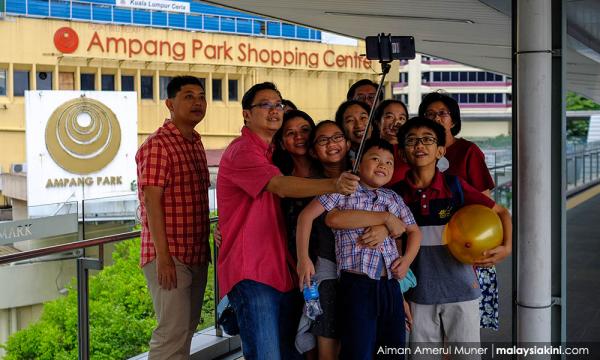 "We want to get it right this time."

Daim Zainuddin, chairperson of Council of Eminent Persons, in recommending changes to Malaysia "We want to get it right this time."

COMMENT | In his reply to my article – at least I think it was a reply to my 'Malay appeasement' article – Zikri Kamalruzaman claimed the best way to build bridges with the dominant polity is to get rid of the old guard and persuade the “Malays” that they would not be “destroyed” by the DAP as the Malay uber alles propaganda proclaims.

Of course, everyone knows that the Malays are the dominant polity but the issue of electoral importance has been muddied after decades of electoral malfeasances, but more importantly, new dreams of unfair electoral domination.

PAS central committee member Khairuddin Aman Razali said: "There are long-term (needs) that require us to win the next general election with a two-thirds majority. (Upon achieving this) the electoral boundaries need to be changed to benefit Muslims. We also need to increase the number of parliamentary seats in Malay-majority areas."

Zikri wrote: “… the reason why these Umno or Perikatan Nasional-supporting Malays reject messages of inclusivity is not that they are uneducated, stupid, lazy, or anything of that sort which some people who claim to be liberals and non-racists believe it to be” but rather because of confirmation bias or belief perseverance.

I suggest a rather simple explanation. Nobody wants to give up their special privileges, especially when those privileges sustain families and communities through the vagaries of a changing economic and geopolitical landscape.

Hence, if the government is giving you economic, education, housing and other subsidies by virtue of race, and another group comes along demanding for a more egalitarian system to ensure that everyone gets a taste of the pie, you would of course reject such demands.

Does supporting such racist policies make one racist? That is the question...