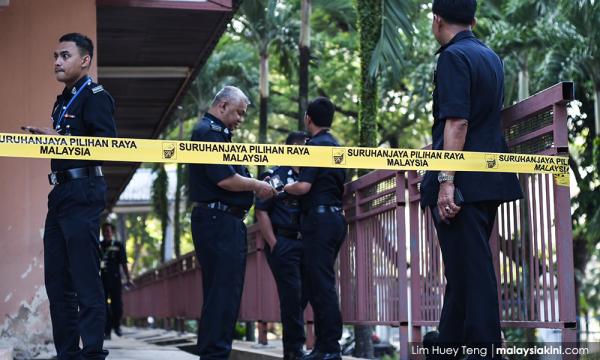 If the IPCMC is formed, he (then Association of Gazetted Senior Police's head ACP Jamaludin Khalid) warned that the police will vote for the opposition in the next general election due 2009 and turn to the opposition to ask them to "fight for police rights in Parliament".

COMMENT | This of course was in 2006 when the PDRM took the unprecedented step in waging a very public relations war on the proposal to set up an Independent Police Complaints and Misconduct Commission (IPCMC).

The fact that the police force's big cheeses threatened to vote “opposition” because the BN government was seriously considering these proposals should tell us something about the politics in this country.

It sounds ridiculous, right, that the PDRM would vote for the opposition which (at that time) was clamouring for reform and would no doubt support the IPCMC proposal. But this is Malaysia where anything is possible and who knows what may have happened if the BN government actually went ahead with these proposals.

In that special edition bulletin (which readers will discover was contentious only because various proxies were either trying to disavow or claim ownership), one of the points against the setting up of the IPCMC was this:

"Let the politicians be aware that they will eventually lose powers, control and influence over a neutral, professional and people-centred police (as suggested by the Royal Police Commission)."

Of course, this is a strange point to make if one was really interested in the proposition that the state security apparatus should be neutral. If neutrality was indeed the goal, independent commissions not beholden to political interests would be desired as opposed to political operatives whose motives would always be questioned.

However, it is an interesting point, because the top brass of the PDRM then and now seem to think...