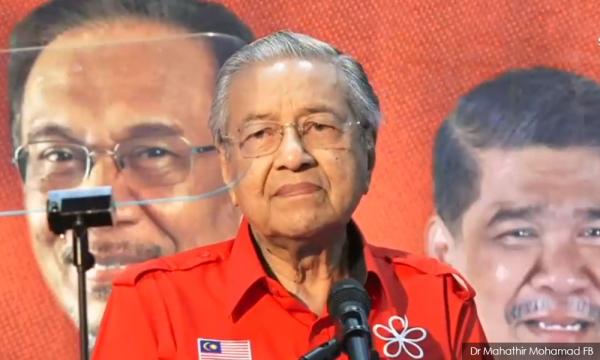 My parents and those of us who were going to join him in Langkawi were due to fly to the island on Friday, April 27 (2018), the day before Nomination Day, so that we would be fresh and relaxed the next morning.

I had booked myself a ticket on the 1.25pm Firefly flight to Langkawi and after accompanying my parents to file Dad’s papers, was to leave for Penang to attend a rally there. Mum and Dad were flying with their entourage on a loaned private jet. At the last minute, I was told they had a spare seat so decided to forego my ticket and join them.

I got to the Subang Private Jet terminal early at about 2pm and sat in the waiting lounge for Mum and Dad to arrive. Our plan was to arrive in Langkawi at about 4pm and proceed straight to the Election Commission office to check that they had all the necessary papers ready for the next day. The EC office was closing at 5pm.

Soon after my parents arrived, the pilot of the plane had a word with Dad. There was a technical problem with the plane which they were trying to fix. This would take some time and he was unsure when the plane would be ready to fly.

A major spanner was thrown into the...