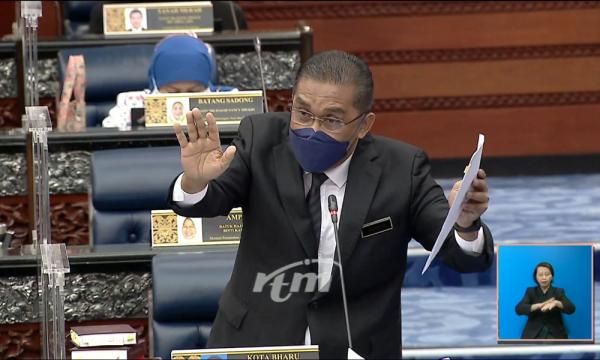 The late Liew Vui Keong held the de facto law minister during Pakatan Harapan’s administration, and Nancy Shukri made sure you did not address her even as a “de facto law minister” when she was under Najib Abdul Razak’s tenure. She was merely “a minister in the Prime Minister’s Department... [and] law in one of the portfolios.”

That is why it must be shocking for Takiyuddin Hassan to find out that he, as a minister in the Prime Minister’s Department (Law and Parliament), was given the awesome powers to revoke the emergency ordinances of our country.

Seated one row behind the prime minister, Takiyuddin took control of the chaotic Dewan Rakyat yesterday and said he has three important matters to set the course of the session.

“Please listen to me,” said Takiyuddin, as he reached the third item of emphasis. “The government has decided, based on Article 150(3) [of the Federal Constitution] to revoke emergency ordinances that were made under the declaration of emergency.”

As he finished, the government MPs, including the former de facto law minister Nancy Shurki behind him, thumped their tables to mimic a roaring cheer. “We have succeeded, we have succeeded,” an MP said as Takiyuddin proudly took his seat.

Little did he know, his final claim has inadvertently unleashed three admissions of the government’s abuse of power...