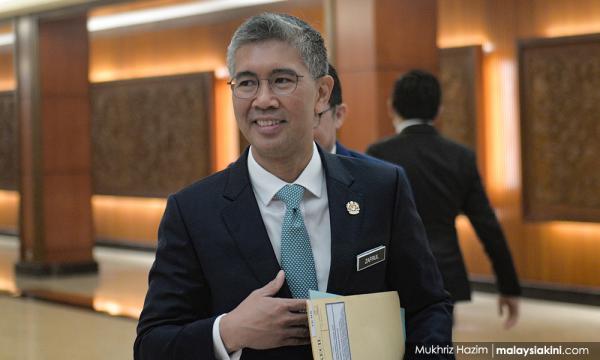 COMMENT | The use of emotive language by Finance Minister Tengku Zafrul Abdul Aziz in urging MPs to approve Budget 2021 in Parliament only shows that he is desperate.

Malaysians are neither blind nor daft. If a fiscal plan looks bad, they will speak up.

MPs are elected to act in the best interests of the people. Why should they give their blanket approval and hand Zafrul a blank cheque, just because they were urged by the King to support the budget? Many Malaysians would rather want their MPs to not be bullied by the finance minister.

Zafrul's language, "the budget that can help the country" and "there is no reason for it not to be approved or rejected" are value-added words that are meant to make you feel and act in a certain way.

He then projected and transferred the blame onto anyone who might reject his budget. He said, "If it's (the budget) rejected, in terms of the economy, we will not be able to fund the government's commitments, including disbursing aid to the people."

In other words, if the frontliners and civil servants fail to be paid, and if projects for the needy fall short of funding, it is not his fault, but the fault of the MPs who did not approve his budget.

This tactic of pinning the blame on others is an ego-defence mechanism...