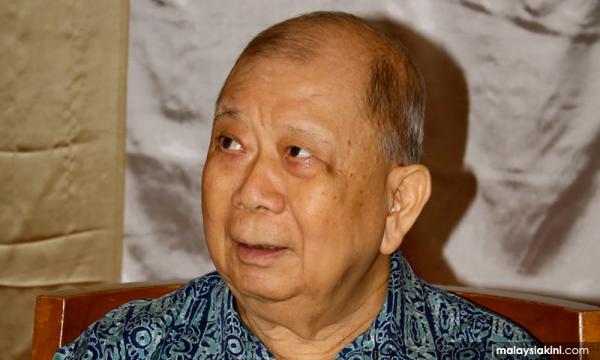 The hypocrisy over Chin Peng

COMMENT | The hypocrisy over the return of the ashes of the former secretary-general of the Communist Party of Malaya (CPM), Chin Peng, is astounding, but ironically, he has the last laugh.

Against all odds, he had the final say on the day he died, and six years later, continues to run rings around our administration.

Malaysia has no time to divert resources to investigate the controversy caused by Chin Peng's cermains. The country has to recover from Umno-Baru's thefts and mismanagement of the economy.

Disgraced Najib Abdul Razak said that Pakatan Harapan was "desperate" to allow the return of Chin Peng's ashes, and he demanded to know how this would revive the deteriorating economy. Other Umno-Baru/PAS politicians have also jumped onto this bandwagon.

Some people want Chin Peng's friends to be investigated for bringing his ashes home, but the critics close one eye to our dependency on trade with the People's Republic of China, China’s role in bailing-out Najib's 1MDB thefts, and the millions of China nationals, whose tourist dollars we welcome. They ignore the role Peking played in controlling Chin Peng, funding his outlawed CPM and spreading communist propaganda with China-based transmitters...