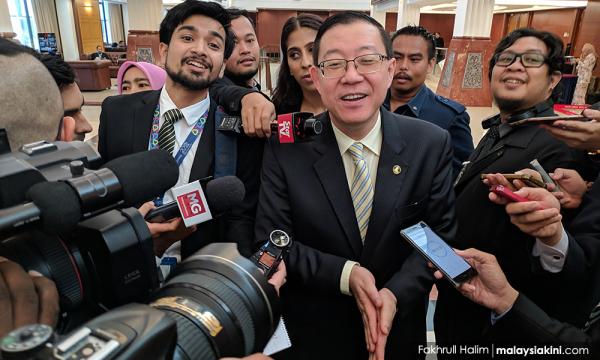 QUESTION TIME | After Lim Guan Eng became finance minister, he has shown a tendency to exaggerate matters to put the previous government in a bad light, which has led to considerable uncertainty sometimes, affecting even the markets and promoting confusion among the general public.

Among these is his allegation in August last year that some RM19.4 billion was “robbed” from GST funds, a term that was rather loosely used and which implied that there was a robbery which resulted in that sum going missing from government coffers.

In an article then on whether Lim was lying about that robbery, I had said: “The inescapable conclusion from this is that the money was not stolen, but was merely transferred into the government’s consolidated fund.

“Is this wrong as alleged by Lim? Section 54 of the GST Act 2014 provides for the establishment of a fund for goods and services tax refunds. But Section 54 (5) says clearly: “Notwithstanding subsection (2) and the provisions of the Financial Procedure Act 1957, the Minister may authorise the payment into the Consolidated Revenue Account in the Federal Consolidated Fund of all or part of the money of the fund.” Subsection (2) authorises the minister to put GST collected into the refund fund...
Unlocking Article
Read more from this author :
P Gunasegaram
Read more like this :
#economy
#lim guan eng
#gst
View Comments (0)