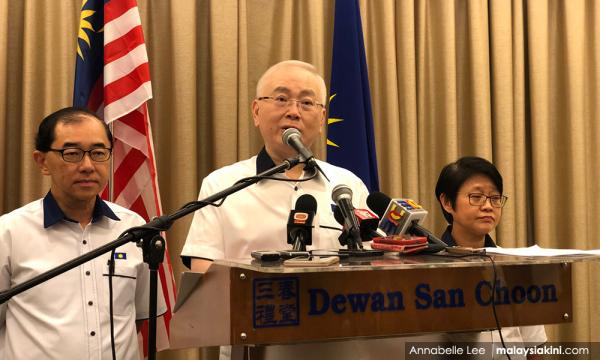 "This does not mean that MCA is finished, however. You remain the only opposition in town."
– My open letter to MCA

COMMENT | Many readers have been emailing me asking what I thought of Pakatan Harapan’s loss in the Semenyih by-election. Two points need to be considered. The first is whether this victory will stem the leakage of Umno into Bersatu.

This is part of the 'social contract' that supposedly maintains 'tolerance' – an odious word – amongst the various communities in Malaysia.

The thing that strikes me about Chew's claim is that while social media still likes to portray MCA as a spent force, there are many diehard Harapan supporters who grudgingly admit there is some 'truth' in what it is saying.

I, on the other hand, do not have to grudgingly admit anything. I think MCA has been highlighting issues that need to be heard in this do-not-spook-the-Malays era.

However, it is not only Mahathir who has been using DAP to further his Islamic agenda; he is just the latest. Ever since Pakatan Rakyat, I warned that certain PAS personalities – and now Amanah political operatives – blurring the lines between Islam and the supposedly secular politics of DAP could only lead the latter down a very dangerous path.

In this country, race and religion are not mutually exclusive. You cannot court the one without the other. I have never seen the visceral hatred some Islamists – from any of the Malay power structures – have towards DAP than they ever exhibited towards MCA.

Why is that? Because MCA never attempted to define Islam as how some in DAP and their supporters do, when going about this Bangsa Malaysia propaganda...