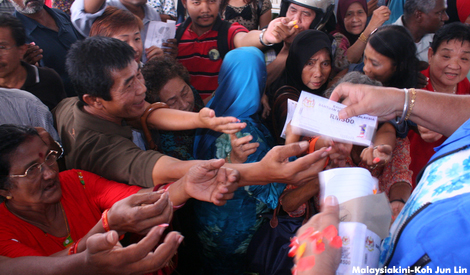 Nothing wrong with having socialist ideas

I’ll be honest. One of the things that persuaded me many years ago to vote for Pakatan Harapan is the fact that they have socialist ideas. This was the direct opposite of the then Barisan Nasional government which was clearly very capitalist.

In fact, BN’s Prime Minister Dr Mahathir Mohamad played a key role between 1981 and 2003 in leveling up Malaysia’s capitalist efforts. Now, Pakatan Harapan has finally become the government and, lo and behold, the BN Prime Minister is now the Harapan Prime Minister.

There is nothing wrong with the former PM becoming the current PM. In fact, the reason for him wanting to leave his old party and joining Harapan was quite a noble thing to do. He wanted to fight corruption and the opposition provided that platform.

In fact, many would even say that the tipping point actually happened because Mahathir joined Harapan. Sure. I have no beef with that and, I can confidently say that, neither do a lot of people. Harapan needed him to pull all the elements together anyway.

However, this is one man that has joined a big coalition of parties. So, a lot of the basics that have built the support that Harapan developed needs to stay intact. And that includes the socialist ideas that have appealed to the people like me all this while.

Attack was a little offensive

When Mahathir called on all of the Harapan leaders to let go of their socialist ideas, I felt a little offended. The prime minister said that these leaders needed to stop criticising capitalism because they are no longer the opposition....