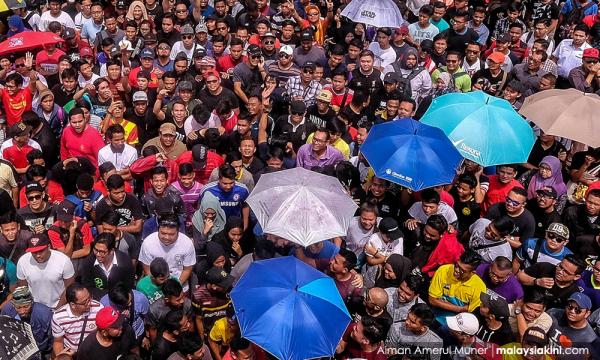 Rebranding the myth of the ‘lazy Malay’

COMMENT | To wage war upon others, you dehumanise them. To enslave your own people, you call them lazy and create a structure of dependency.

To cure these two mental ills of the two colonisers, you deconstruct and destroy the myth. The once oppressed among us have become the oppressors. Brown skin, white masks. This is what I am writing about in the following passages.

Aren't politicians the laziest, profiting from the myth of the benevolent ruler? They get paid a lot, they fight too much, they don't attend well to the people's needs. They go missing, produce contradictory statements, and churn out propaganda to fool people. They beg for votes and when they win, they invite the latter to a beggar’s banquet.

To call a people ‘lazy’ is to legitimise a system of discipline, punishment and continual dependency – the politician's excretory rhetoric. Capitalism thrives by telling workers that they are lazy when they cannot produce as fast as the owners can profit.

Consider how much the common person works these days, how many hours a day and on weekends, just to put food on the table in an economy plagued, plundered, and ravaged by those who called the natives ‘lazy’. How many jobs do people you know work these days before and after the 1MDB fiasco?

Malaysia is built upon the blood, sweat and tears of workers, farmers, share-croppers, Felda settlers, taxi drivers, petty traders, shopkeepers, and the working class whose culture the politicians say needs to be ‘changed’.

The myth of the lazy natives is now reproduced by the acquired ignorance of our leaders. What is the politics behind the continuing labelling? New Party. New Coalition. Same Excretion?...